Two things we should fix for the future: flipping the 9s and proofing the double negatives.

I'll start with the--Flipping the 9s

Throughout history our biggest threat has been those who hoard wealth. They create an unnatural atmosphere to the general population. In essence, living peacefully isn't possible because there is a vacuum effect of greed which causes disruption towards the rest of the chain.
The kicker about these hoarding ones is they always get help. I call them the 9s.
I call them the 9s because 8 is as far as one needs to go, its representative of infinity. Someone comes by and doesn't just want one digit. They want two. thus they label themselves as the 10.
the 9 and the 10 always own the majority of the wealth. The 9 places itself strategically between the master hoarder and the rest of the infinite souls and community. The 9 is that bridge in which the 10 gets its excess. The 9 is always talking with the 8s and below, finding new ways to motivate them in exchange for an unfair piece. It's always been the 9s who upheld the laws which were never in the majority's favor. People who were brainwashed to believing the 10s are their saviors. Willing to martyr for those who constantly take an unfair piece of the pie. 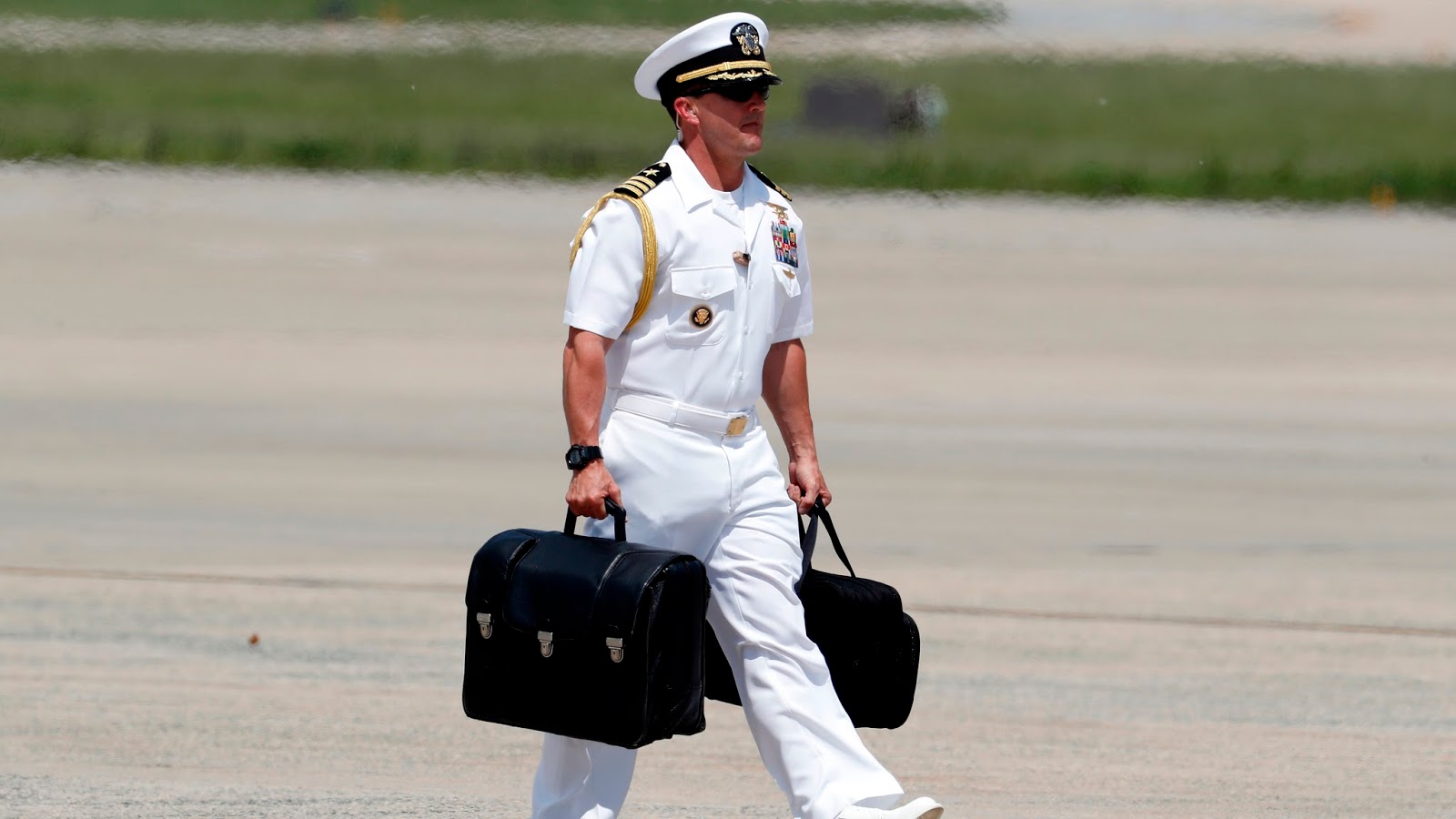 example of a shiny 9

I don't care what you say, or what you think otherwise: If a man has 30 cars whilst one struggles to keep just one, the owner of the 30 is wrong.

Or perhaps, as an asshole would say, the owner of the 30 cars just has a lesser bubble of responsibility care.
Well who is telling that guy to increase the bubble? The 9.
The 9 is going to get the 10 another car. And yet still lowly-paid mechanics designing said car are actually driving cheaper competitor cars. I wonder why..??

An excess of wealth is bad.

This is what I mean about flipping the 9s. There are people out there who ride the curtails of the mega-rich and are looking for an opportunity to be a humanitarian*/philanthropist to all those under them... Pretty much theres a 9 who wants to be an 8. Wants to be part of the majority collective. To participate with the children of the universe rather than stand on a mountain with the devil.

*I feel like if I used the word "human" instead, the meaning wouldn't get across as smoothly. Don't think so? Please comment..

I've started to notice that there are moments where we let the logic of math become irrelevant to discussion.
One of them are double negatives.
People get a kick if a person talks with multiple negatives compounding yet intelligently manifested to make an advance thought sense.
But what about using it to capture evil?
Let's say a situation where negativity is compounded, or not negativity as in SAD or BAD but more like negativity in terms of the OPPOSITE.
What is the opposite isn't necessarily bad.. right?
This is a complex idea that needs to be defined because if it isn't, evil uses it for its solo performance and advantage.

Take the word" advantage" just above.
It would only be "an advantage" for evil, but a disadvantage for those good.
So what I do is I change an "evil idea" into a "a good idea" by hijacking their "excuse" and turning it into a MY better version. So I would say "This is a complex idea that needs to be defined because if it isn't, evil uses it for its solo performance and disadvantage."

By infiltrating the "excuse" statement with a wrongly angled word (such as an opposite, or a negative version, or the version that you perceive from your side--hopefully better--), evil turns good from the inside out.

Pretty much it's like making a black hole make its own oppositely induced blackhole with itself in an effort to cancel out the entire problem to begin with.

"Proofing the double negatives" doesn't actually apply to this method specifically though.
It applies to how a double negative needs to be properly identified. Every. Time.

Because if we support some as correct (even thought they shouldn't be) for example: "I didn't steal nothing." is possibly regarded as a poorly-educated-minded answer.

But if you think about it, that statement can also be.. That they could've still stolen something.

There's something I've been trying to confiscate from the devil and its where it no longer has a free-standing polarity-inducing node.

If you can flip the polarity of something without consequences..
it better be for good..

If the soul is infinite, there cannot be evil in there.

In other words, Shake the devil off.

Use double negatives intelligently, because then one can stretch an idea further and even use that method against evil to fix an incorrect mentality. So by being able to "proof" your double (or even triple or quad--i think you get the idea) negatives you develop a strong psyche to fix the broken mentalities of the super greedy and gluttonous. Kinda like the super-persuasion of a jedi knight towards some weaker-minds storm troopers.

so you can't say it?
and then what happens?
no wonder evils keep happening.
because we're forbidden to step over a current standard towards a better standard which is:

assuming that statements have a deeper intelligence and meaning to it so that everything doesn't have to be barney-styled explained.

by not saying they're not intelligent.

or how about supporting their education?


just because you make something illegal doesn't make it bad.

but we're under hypnosis to think that it does.

I'm fixing my hypnosis, I'm getting out of it.

The only problem is a lot of people are stuck in it and its easy to get back in it because I care about these people and I want to connect with them.

I just don't like a situation where people think they own me, or they think they're better than me.

the way they get more than the average person.. why? who said so?

anyone who puts themselves above the other doesn't understand the importance of being part of a group.

They're the ones who will point their guns (police) at you.

its not about starting a riot.

its about eliminating the proding.

the reason for war is elitism.

the very scheme in which a higher "power" asserts their conclusions in order to continue the gap between the people, so that others will have less than needed, resulting in a pressure equalization of war.

so if people just collaborated more, and operated fairly with eachother, why and how would there be war?

you can't peace if you let the guy who screwed you, screw your friend too. Hesh is your friend. you both got screwed.


now there exists neither a word in the english language for both he and she, because the word "it" certainly doesn't apply.

because if you wish to speak of a human of either gender, you have to put a foreward slash or nominate the male version.

no wonder there has been such animosity between genders.

our language separates and priorities the way we talk about eachother.

so I've come up with a couple replacement words..

Heshe, shee, shehe, shhee, hesh, or sheh
instead of he/she

and hiser,  or heris
instead of his/her


I'm hoping that male and female genders can literally vote for these choices, to add these three new dictionary words to neither indicate gender but simply human in proper English context which "demands" it.

I can picture women and men nationwide hand in hand voting on a word which neither separates them nor divides them.

what about the word mankind?

but then I hear a voice saying "its stupid," and now i know with all my heart that there is an evil which speaks decisions of pessimism, free reign to rule over the people, coupled by the fact of the wealth accumlated by unfairly superstancing themselves over "the lesser."

its not communism. its fairness.
lets start a movement of "fair" and assume that people are intelligent to undesrstand it.

and it isn't good. Well, what is it? It's when you give brain processes to thoughts that neither create nor correct yourself.
It's where you take a journey through memory in a lie that your memory will be strengthened.
Do you have thoughts that neither move forward or correct?
By traveling laterally, what are your intentions?
are you avoiding love?
what are thoughts which lead towards action?
what are your thoughts guided by?
love
love forever

a dangerous thought process is where a distracted thought becomes the relevant brain search word. There is absolutely no cavity of reason why a "distracted thought" should be nominated as the current brain process.

Yet we are taught so by a industrial control scheme known as "non-sensical relativity."

For something to be relative there must be a logical though process between the two.
it must also be able to be infinitely broken down into smaller steps for the movement is intelligent.

relativity which is forced essentially cannot be broken down infinitely because the lie will be exposed.

if you are not satisfied with what you know, don't stop until you will.

a new method known as brought-stale-present


its where "something" left to improve upon, is sidestepped for realization of the current stale situation, and then advised something different for the future.

because to be, you must
so be

what are some afterthoughts which completely derail any previous endeavors?

are you pulled by or pushed to utopia?

why deny the amazing possibilities?

wouldn't it be easier to flowth thou?

what are rambling thoughts?

there IS NO LOGIC IN THOUGHTS SEPARATED BY TIME!

time is a perception which comes AFTER intelligence.

a governing body cannot be the central intelligence.

everyone has central intelligence.

"its just a name"

a name, when said, attaches itself immediately to the organization and not the thought, hence proof of "non-sensical relativity." a phenomena responsible in every fashion for the distraction of the world population.

whos the owner of that phenomena?

momentum, a phenomena which DOES NOT EXIST IN THE MIND.

it is the reason for every offroading thought.

thoughts have no right to be offroaded

if your eyes leak and your ears wax, its because of gravity change.

in both regards are precise glands which secrete necessary fluids which because of gravity change secrete more.

which is a parasitic proof.

what is the punishment for mind control?

google has been unifying our thoughts for a while now by taking similar search queries and based on our browsing assimilate a standard for the group. The result is a completely bias result for unique thinkers.